Tinh Tran was looking to integrate more hands-on science, math and technology activities into his classroom lessons, with the ultimate goal of sparking an interest in STEM career paths. 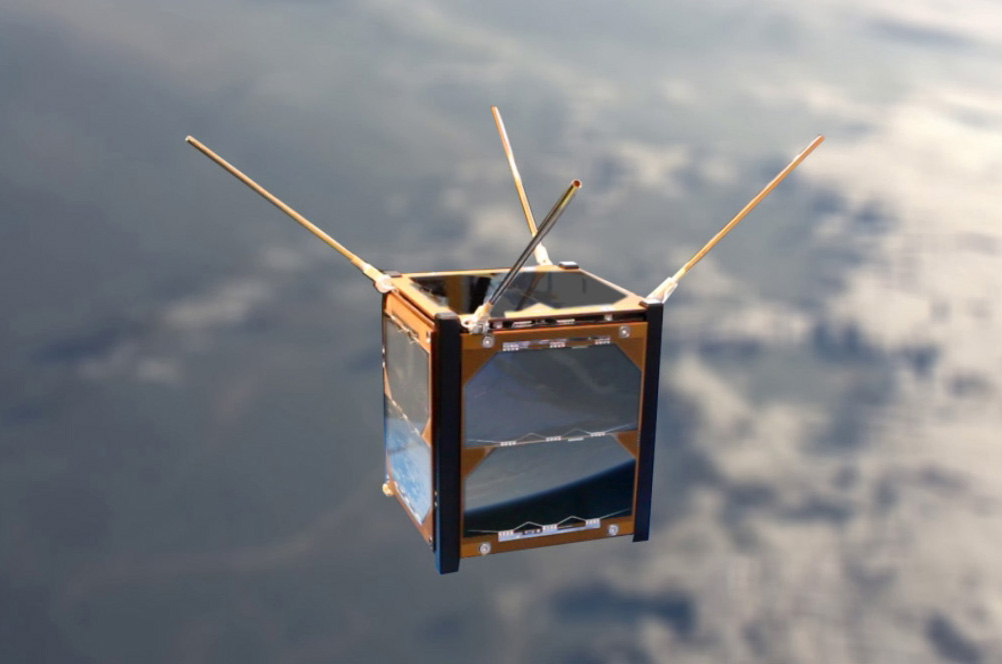 So when the University High science teacher heard about an ambitious program that would enable high schoolers to conduct space experiments, using data from real satellites, he was interested to say the least. “Mind-blowing” is how Tran describes the technology offered by an education company called Ardusat, which has launched softball-sized satellites called CubeSats into low orbit. (One is pictured to the right.) Each is equipped with sensors that will allow Earthbound students to track temperatures, magnetic fields, UV levels and luminosity using classroom kits with microcontrollers. Thanks to grant funding secured through the Irvine Public Schools Foundation’s Innovative Teaching Awards Program, the ninth-graders enrolled in Tran’s Earth science systems course will be among the first to pilot the new Ardusat system. And that’s drawn interest from the U.S. News & World Report, which recently interviewed the Uni educator for this story about CubeSats and the future of STEM instruction. It’s an interesting read even without the IUSD connection. Meanwhile, Tran told us that the mini-satellites will have broad applications at Uni, allowing his students to analyze weather patterns, measure solar flares, monitor the greenhouse effect and much, much more. “There’s a really steep learning curve for anyone jumping into this,” he said. “One of my goals this year is to integrate STEM (project-based learning) activities into my classroom to encourage more kids to think about STEM fields as a career path. This fits the bill nicely.” As for his inclusion in the U.S. News article, he said he was happy to weigh in on a subject that’s becoming more critical by the day. "Whenever there is a chance to promote STEM awareness, I'm in."
+FEATURED
High Schools
IPSF
IUSD in the News
Staff News
Technology