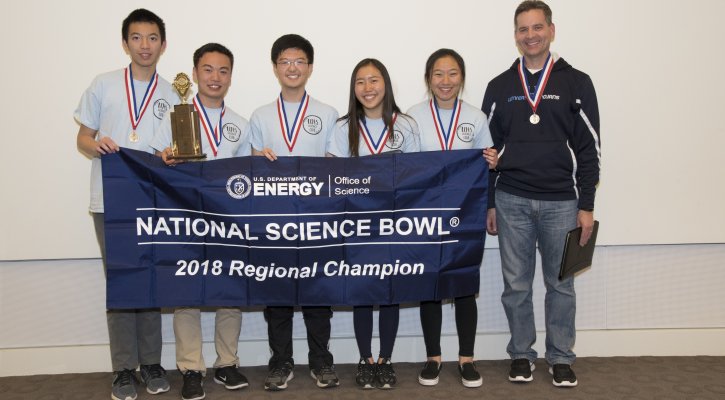 The National Science Bowl is a nationwide academic competition that tests students' knowledge in all areas of science. Competing teams from diverse backgrounds are composed of four students, one alternate and a teacher who serves as an advisor and coach. Coordinated by the Department of Energy, this round-robin/double-elimination tournament challenges high school students with questions about chemistry, biology, physics, mathematics and astronomy, as well as other areas, such as Earth and computer science.

Uni’s five-member team demonstrated their impressive knowledge of science through rapid “Jeopardy-style” questions. According to Knight, “Usually, students are so fast the moderator doesn’t even finish the question.”

Uni bested teams from across the region, including teams from Santa Barbara, Ventura, Los Angeles, San Bernardino, Riverside and Orange counties, to clinch the win. “This team faced stiff competition,” said Knight. “They truly showed resilience, which is what allowed them to win.”

Uni teams have participated in the Science Bowl competition for more than 20 years.  In 2013 and 2014, they sent back-to-back teams to the national competition.