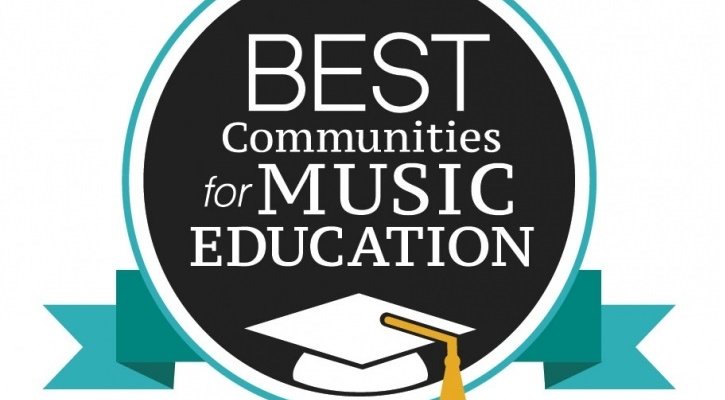 For the sixth consecutive year, IUSD has been named one of the nation’s Best Communities for Music Education by the NAMM Foundation. IUSD joins only four percent of school districts nationwide and is the only Orange County school district in 2018 to receive this prestigious honor for its commitment to music and education.

“This honor is representative of the District’s commitment to the arts,” said Brad Van Patten, IUSD Fine Arts Coordinator. “Despite being one of the lowest funded school districts in the nation, fine arts have flourished in IUSD schools under the Board of Education’s visionary leadership.”

Van Patten also recognized and thanked the Irvine Company and the Irvine Public Schools Foundation for their generous support of the District’s visual and performing arts programming, which benefits thousands of students each year.

Now in its 18th year, the Best Communities program evaluates schools and districts based on funding, staffing of highly qualified teachers, commitment to standards and overall access to music instruction. The basis for the award is the annual NAMM Foundation survey that asks districts specifically about funding, graduation requirements, music class participation, instruction time, facilities, support for the music program and opportunities to make music in the community.

Responses were later verified with school officials and reviewed by The Institute for Educational Research and Public Service, an affiliate of the University of Kansas.

In a prepared statement, the NAMM Foundation said, “The Best Communities Music Education designation is awarded to districts that demonstrate outstanding achievement in efforts to provide music access and education to all students.”

The Foundation further detailed the benefits of music education for students, “Research into music education continues to demonstrate educational/cognitive and social skill benefits for children who make music. In a series of landmark studies by scientists and researchers at Northwestern University a link was found between students in community music programs and life-long academic success, including higher high school graduation rates and college attendance. In another study from the University it was discovered that the benefits of early exposure to music education improves how the brain processes and assimilates sounds, a trait that lasts well into adulthood.”