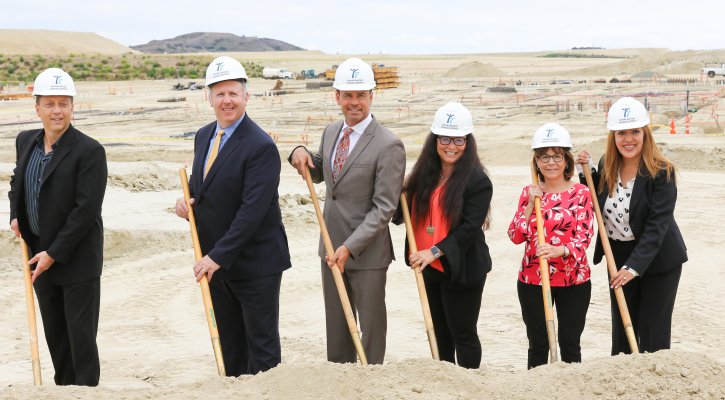 On Wednesday, May 30, IUSD broke ground on Loma Ridge Elementary School, the District’s soon-to-be 24th elementary school, which is expected to open August 2019.  This state-of-the-art education facility will serve the Portola Springs neighborhood in north Irvine.

Since 2013, IUSD has opened and/or begun construction on a new school to support Irvine’s growing population and the District’s more than 34,000 students. This is in addition to the passage of Measure E by Irvine voters and the implementation of the first Measure E funding series. Throughout this period of unprecedented growth, IUSD has remained one of the highest performing school districts in the nation.

Below are schools that have opened since 2013: