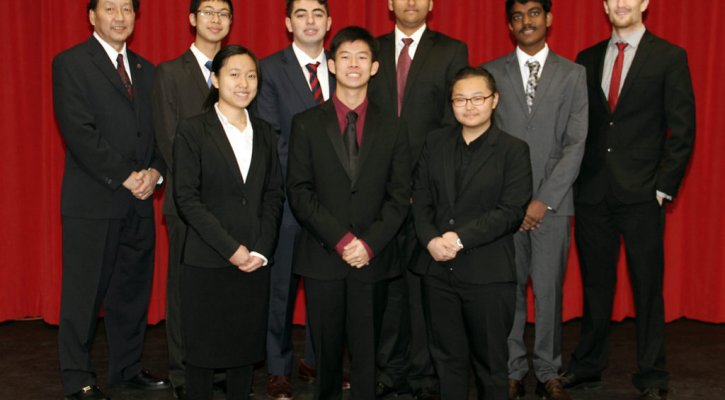 “This year’s team is known as ‘The Magnificent Seven,'” said Coach Mike Nakaue.  “This group of students evolved slowly into a team and began to peak at the right time. They trusted each other and believed in their teammates. They became committed to one another and felt responsible for each other. They accepted the fact that we do this not because it is easy, but because it is hard.”

The Woodbridge team will receive a plaque, to memorialize their incredible win, and a $3,000 travel stipend to ensure its members make it to Sacramento for the state-level contest, which will feature schools from California’s 38 counties. Last year, Woodbridge finished ninth at the California decathlon.

Congratulations to the Magnificent Seven and best wishes heading to the state competition!

To see a breakdown of the top Orange County teams by division, visit the OCDE Newsroom.  http://bit.ly/2BoGt6M

To read the Orange County Register’s story about, visit http://bit.ly/2EB4aL6.