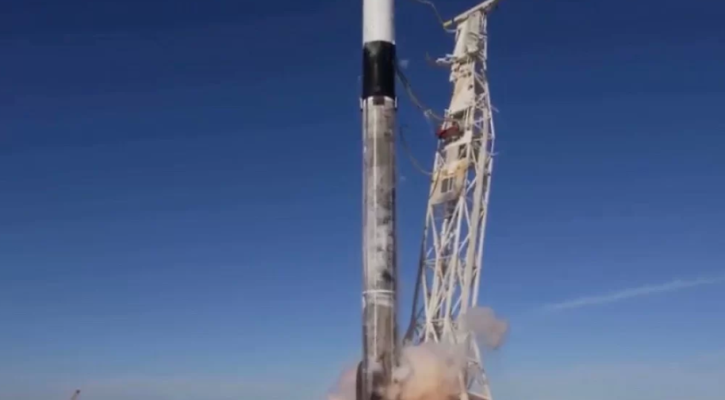 This is the first-time ever that students from the same school district have launched two cube satellites in one year and it is the largest satellite ridesharing mission ever launched from the U.S. with 64 satellites from 34 organizations representing 17 countries.  Additionally, it is the first time SpaceX has attempted to send one of its rocket boosters into space for a third time.

Irvine02 is a more advanced twin version of Irvine01, containing electric thrusters and a high power laser for rapid transmission of data down to the Earth ground station. Once in lower Earth orbit, the cube satellite will take photos of stars and other celestial objects.

To watch a playback of this morning’s launch, including pre-launch programming, visit https://www.spacex.com/webcast.  To watch just the launch, click here.

“This is an important achievement for our students and the entire District,” said IUSD Superintendent Terry Walker.  “IUSD’s robust science education from grades K-12 incorporates the Next Generation Science Standards, which support education for all students in science and engineering to provide the foundational knowledge for those who will become the next scientists, engineers, technologists and technicians of the future and that future is now for some of our high school students. We hope that all students will see this example and know it’s possible to build and launch a satellite into space as an IUSD student and that they too will be inspired to shoot for the stars themselves.”