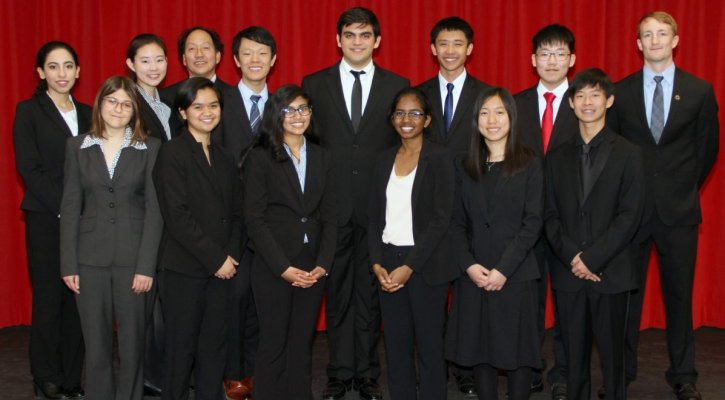 Over the four-day event, the team competed against the top 67 schools in the state of California in a series of 10 academic events, ranging from mathematics to social science to speech and interview, all revolving around this year’s theme of India.

California is, by far, the most competitive state- the Division 1 State Champion of California usually goes on to win the National Championship! Woodbridge was matched up against some incredibly talented schools and students, but the Warriors represented themselves and Woodbridge with pride.

Heading into the state competition, the team set realistic goals of improving on the team’s score, improving individual team member scores, and finishing in the Top Ten of California.

This year, there were four Orange County schools invited to the state competition, and they finished with these overall rankings in the state: Woodbridge (9th), Westminster (21st), Valencia (23rd), and Trabuco Hills (34th).

“All of our team members performed very well, achieved personal goals and contributed to the team’s success,” said Woodbridge English Teacher John Tezak. “The team has been preparing since last June and their success is a testament to the sacrifice, diligence and maturity of this great group of kids. They definitely deserve every award and accolade they’ve earned!”

Of special note, a few of the team members were near the top of their division for their individual performances on certain subjects: