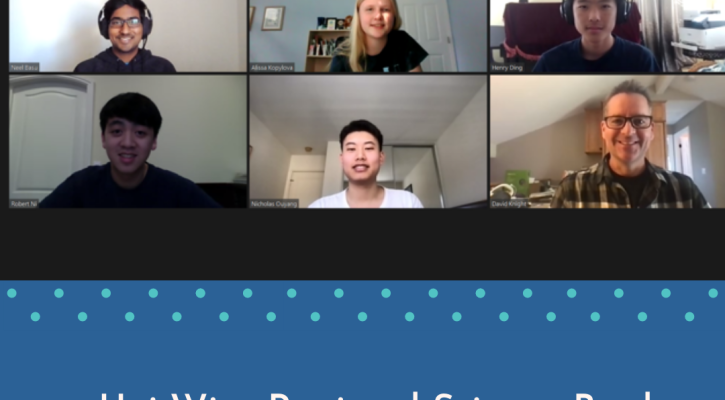 For the fourth year in a row, University High School earned first place at the recent Science Bowl Regional competition. This annual U.S. Department of Energy competition, hosted by NASA’s Jet Propulsion Laboratory in Pasadena, is traditionally a Jeopardy-style competition meant to test students’ science knowledge.  However, due to COVID-19, the 2021 competition was hosted virtually.

“This year was a challenge because unlike previous years students were not competing head to head in a stressful, timed environment, said Chair of Uni’s science department and coach David Knight.  “Each team was effectively competing to try and answer as many of the difficult questions as they could and they never knew how they were doing compared to any other team.  This eliminated the risk of trying to jump ahead of an opponent to answer a question and meant that the students needed to have an incredible depth of knowledge in each field of science.

Fortunately for UNI’s team, we had three returning competitors and each member of the team loves science and math and were willing to put in the time needed to learn college level topics. These students are passionate about science and love learning.”

The team prepared for months, studying and working together.  Their hard work paid off and they will now advance to represent IUSD at the national competition from April 29 - May 3.  Congrats and good luck!