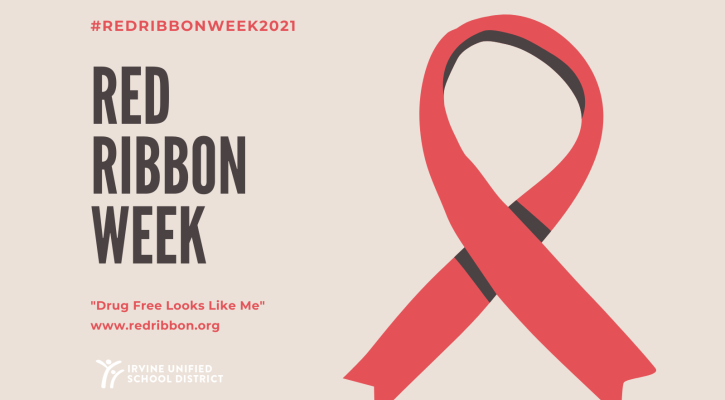 In support of Red Ribbon Week (Oct. 23-31), IUSD schools are raising awareness about drug prevention and making healthy choices by decorating their campuses, providing information to students and hosting themed spirit days throughout the school-week.  Check in with your student’s school for more information.

If you’re a student, educator or otherwise connected to a neighborhood school, chances are you’re familiar with Red Ribbon Week. Established in 1988, Red Ribbon Week is the largest program of its kind in the nation, encouraging students to pursue healthy, drug-free lives.

Below is information about the origin of Red Ribbon Week — specifically the story of the man who inspired the campaign.

Enrique “Kiki” Camarena was a U.S. Drug Enforcement Administration Agent working in Guadalajara, Mexico in the 1980s. On Feb. 7, 1985, Camarena, a former Marine on the trail of a multibillion-dollar drug trafficking operation, was abducted by five armed men who forced him into a car as he left his office to meet his wife for lunch.

Camarena’s body was discovered a month later in the Mexican state of Michoacan. At 37, he was survived by his wife Mika and their three children.

Shocked and heartbroken, friends and neighbors mourned the violent slaying by wearing red satin badges, and “Camarena Clubs” popped up at schools in Kiki’s hometown of Calexico. Meanwhile, parents formed coalitions to stand against drug and alcohol abuse, and some of them adopted the red ribbon as a symbol of the DEA agent’s sacrifice and a pledge to pursue drug-free lives.

Communities in California, Illinois and Virginia started encouraging students to wear red ribbons in late October, and by 1988 the National Family Partnership had organized the first national Red Ribbon Week.

More than three decades later, millions annually display their red ribbons, which have come to symbolize commitments to living healthy, drug-free lives that reduce the demand for illegal drugs — and the violence that accompanies them. This year’s theme is “Drug Free Looks Like Me.”