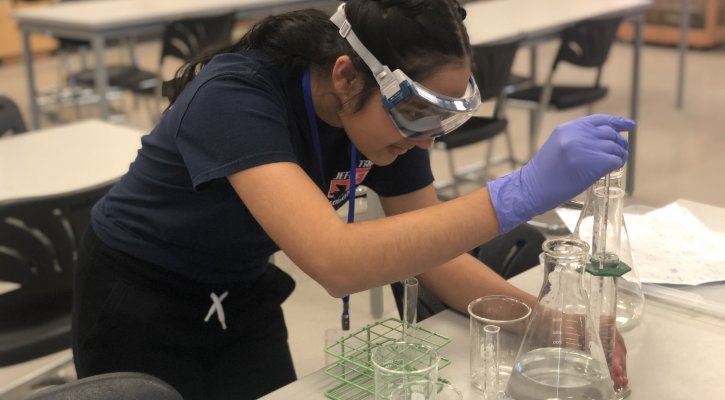 The testing blocks are comprised of various scientific disciplines, including earth science, space science, biology, chemistry, physics and engineering.  There are multiple levels of competition that range from invitational to regional to state, finally culminating in a national tournament.

In 2018, Jeffrey Trail’s team took the state title and were the first OC middle school to participate in the national tournament.  In 2019, they followed their record setting performance by placing second in the state.

In addition to Jeffrey Trail, Beacon Park, Rancho San Joaquin, Sierra Vista and Vista Verde schools had teams compete as they prepare for the Orange County Regional Science Olympiad on February 15 at UCI. IUSD Board of Education President Betty Carroll and IUSD Board Member Lauren Brooks were also on hand to watch the competition and to hand out metals to the competitors.

Congratulations to Jeffrey Trail Science Olympiad coaches Shaun Evola and Todd Munoz for hosting a successful tournament and best wishes to all of our student teams as they prepare for upcoming regional and state tournaments!