IUSD has reached another milestone in its ongoing drive to offset energy costs with solar power. Last week, it was announced that solar installations at three schools have been completed, capping the second phase of the ambitious district-wide initiative. Vehicle shade structures topped with solar tiles are now producing electricity at Stonegate and Woodbury elementary schools, as well as University High School. With these new structures online, IUSD now powers 22 sites with the help of photovoltaic systems, and the district is expecting to avoid $5 million to $8 million in utility costs over the next 20 years. "We accomplished this with zero up-front costs and zero maintenance costs through a power-purchase agreement with SunEdison,” says Mark Sontag, IUSD’s director of math, science and career technical education. “That extra budget means more resources for our teachers and students.” 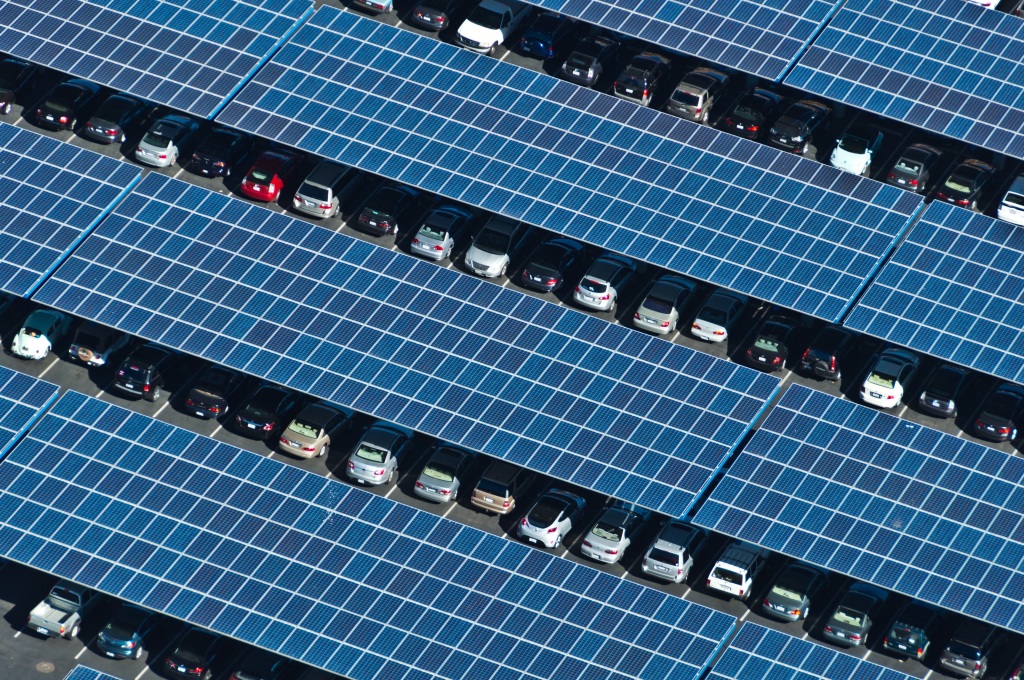 Since 2010, IUSD has authorized the installation of solar panels on the rooftops of more than a dozen schools -- that's Irvine High School pictured above -- and vehicle shade structures capable of harnessing the sun’s rays have been constructed in the parking lots of 11 sites, including the District Office and the Maintenance and Operations center. (Shade structures at Northwood High are shown to the right.) The systems were all built by SunEdison, which agreed to sell power back to IUSD at a rate that is both predictable and consistently below what the local utility charges. In exchange, SunEdison qualifies for tax incentives that public agencies can’t access. IUSD’s solar panels generate about 25 percent to 60 percent of each campus’ electrical consumption, but Sontag notes that the benefits go way beyond savings. The installations also serve as the basis for standards-based instruction, allowing students to learn about photovoltaic technology on their own campuses as they track energy production and consumption in real time. "The Irvine Unified School District is a wonderful success story and a role model for other school districts," said Sam Youneszadeh, managing director of west coast distributed generation at SunEdison. "They're inspiring to us, and we hope many more schools are able to follow their lead and invest more on education by reducing their energy bill." A third phase of IUSD's solar initiative would add panels at Cypress Village and Portola Springs elementary schools in 2015.
+FEATURED
Elementary schools
Facilities
Green Schools
High Schools
Solar power