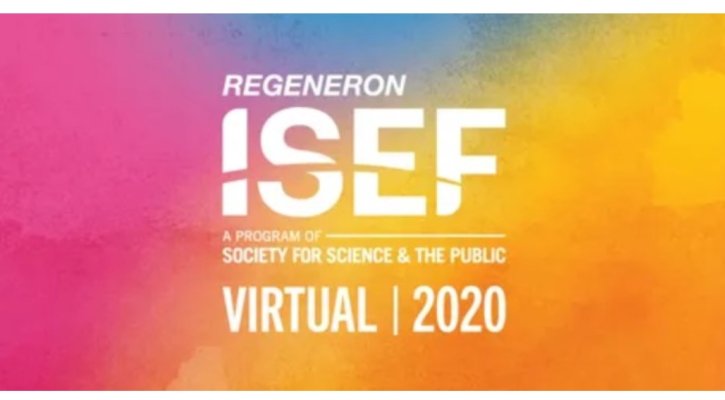 Out of four OC students, three IUSD students were selected for the honor of showcasing their scientific research and innovations at a virtual exhibition for this year’s Regeneron International Science and Engineering Fair (ISEF).

Each student is pursuing new discoveries related to antibiotic-resistant bacteria, hydrogel ostomy adhesives and the use of technology to curb cyberbullying.

“A few years ago, I became interested in fighting antibiotic-resistant bacteria after my father contracted a dangerous infection. In my project, I demonstrated that the antimicrobial effects of Ceanothus leucodermis, a local Native American medical herb which I earlier discovered to have antibacterial properties, could be enhanced by changing the antibiotics’ spatial distribution on a molecular level. I also developed a novel method to quantify the antibacterial strength of these molecules by combining a computer simulation with experimental data.”

“I had often seen toxic comments and cyberbullying in online social media forums. After reading many articles about AI [Artificial Intelligence] bias, I discovered that AI algorithms designed to filter these comments ended up censoring non-toxic comments without reasoning as to why they were censored. Intrigued, I set out to build a solution to this problem–a bias-free AI algorithm that would filter out toxic comments in a more transparent way.

“My personal experiences from elementary school while working on group projects on Google Docs also gave an idea on the impact it would have on students and played a role in choosing this topic for research. Students would post toxic comments (while working in the group) on Google Docs and quickly delete them before teachers would see them. I wanted to come up with a transparent mechanism that would highlight the toxic language usage giving the students an opportunity to self correct or even flag this behavior instantaneously to the teacher.

“A key breakthrough when I was running the experiment was discovering how I could use the hierarchical attention model and its inherent model transparency feature to “de-bias” the model. A key result for me was seeing that my model had achieved a 98% accuracy (AUC) and a significant bias reduction, indicating that my model was successful.”

“In October, I attended a healthcare hackathon in San Francisco organized by MIT Hacking Medicine, and I made an amazing friend. She had an ostomy, a surgical opening on the belly to redirect bodily wastes, and inspired my work. She talked about how she was constantly affected by weak bonding between the skin and the ostomy bag which caused leakage of wastes and painful dermatitis.

“So, to hopefully fix her challenge, I utilized new technology like tough hydrogels and chitosan bonding mechanisms developed by the Zhao Lab at MIT and the Suo Group at Harvard, and created a hydrogel ostomy adhesive. I used to not be aware of this condition because I never met someone in my life with it, but now, I have realized that some of the most influential people I’ve met are affected by it. My best friend’s grandfather and my favorite science teacher from elementary school’s father had an ostomy, and I have never known about it.

“But, I finally feel good that my work may have an enormous impact to everyone and people that matter in my life. Lastly, I would like to thank two specific people for my project. Thank you Hyunwoo Yuk from the Zhao Lab at MIT who always found time to answer my questions even when he is very very busy with his experiments and David Monge from Northwood High School who allowed me to work on my project in his classroom every single weekday from 7 am to 9:30 am. Without these two people, I would have never achieved this point, so I am very grateful of them.”

To learn more about this week’s event visit isef.6connex.com/event/virtual.