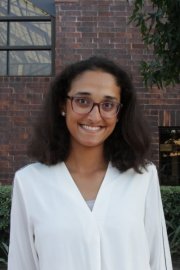 Harshita Dabir is a senior at Irvine High School and was appointed as the Student Board Representative through an interview process. In addition to this job, Harshita is a four year Varsity tennis athlete. This year, Harshita will be the co-captain of her team. She has also won a variety of engineering competitions throughout the nation. Harshita is currently working on the Lemelson-MIT competition with approximately 15 other peers, and she participates in the CubeSat program, where IUSD was the first school district to launch two satellites in to orbit. Additionally, Harshita is a three year staff writer on her school newspaper, and this year, she will be working as the Ad Manager in addition to writing stories. Two big clubs that she deeply resonates with is Brown Bag Brigade and the Society of Women Engineers club. For some additional work experience, Harshita coaches young players in order to gain the perspective from both a player and coach’s viewpoint. In her free time, Harshita thoroughly enjoys dancing and spending time with the people she loves. 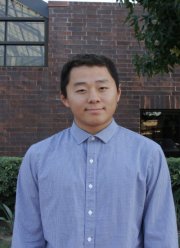 Benjamin Kim is a senior at Portola High School and was appointed as the Student Board Representative through an interview process.  Portola High School is is Irvine Unified’s newest public high school, which is now fully operational with grades 9-12.   As a senior, Benjamin has helped develop the Portola culture over the last four years commencing with his freshman year.  He also serves as one of the Portola High School members on the Student Advisory Committee.  The committee of students is tasked with reviewing district wide initiatives and providing a student lens, sharing ideas and communications between the schools and the District.  Benjamin is passionate in supporting the implementation of an Esports team at Portola. 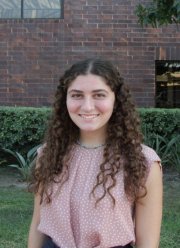 Jenna Makarem is a junior at Woodbridge High school and was appointed as the ASB Student Board Representative through an interview process.  In addition to IUSD Board meetings, she represents the student body at PTSA Meetings and School Site Council Meetings.  Jenna enjoys participating in leadership opportunities around her school, and enjoys planning events. Additionally, Jenna take part in Mock Trial and is one of this years Woodbridge High School Mock Trial captains. In the summer she volunteers with her local swim team. In her free time, Jenna, enjoys spending time with her two sisters and her family. 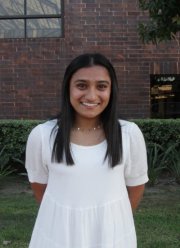 Jahnvi Mehta is a senior at Northwood High School and was appointed as the Student Board Representative through a two-step interview process. In addition to IUSD Board meetings, she represents the student body at PTSA Meetings, School Site Council Meetings, and is a student voice in the State of the Student Committee. Jahnvi is the president and founder of G.I.F.T. club (an acronym for give.interact.feed.teach) in which she teaches the value and technique of self-defense to raise money for a non-profit organization called Akshaya Patra. Outside of school, she continues to volunteer for Akshaya Patra whose mission is food for education and has become a member of the Youth Ambassador Leadership Committee. She is also an instructor at West Coast Taekwondo and is pursuing her 3rd-degree black belt; Jahnvi has won four gold medals at multiple Taekwondo National tournaments. In her free time, she enjoys traveling, seeking adventure, and dancing with her family and friends. 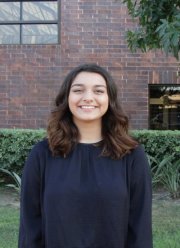 Iman Syed is a Senior attending University High School, who was elected as Senior Class President through a rigorous election process, and appointed the position of Student Representative. In addition to taking part as a Student Member of the Board, the Student Representative at University High School takes charge of the UHS Senate program, which strives on expressing the opinions and outlook of the student body through monthly meetings consisting of open forums as well as discussions. As Senior Class President, she has developed an appreciation for her Senior Class and planning events to ensure that their last year at University High School is as memorable as possible. Outside of her position on ASB, Iman serves as the president of the Paws for Cause club, which aims in raising awareness and supporting endangered species worldwide. In her free time, Iman enjoys trips to the Farmer’s market, exploring, and spending quality time with her cats -- Simba and Tigger.